The scarves feature a 9/11 remembrance logo and patriotic colors.

“We’ve already experienced what is expected to be a harsh winter,” Mayor Reiman commented, “so we felt this would be a worthy donation on the part of our charity. Hopefully they will also serve as a small reminder of one of the most important days in our national history.”

The 9/11 scarves have been offered annually to those who attend local 9/11 memorial services at Carteret Park. Thousands more have been donated to local veterans’ organizations, churches, and senior groups.

The Children’s Charity Trust Fund is a non-profit 501(c)3 charitable organization, established to provide Carteret’s children with a monetary resource for education, athletics, and health. The Trust Fund was created with the knowledge that these children are often high achievers with great potential, and who with the proper financial support could continue along their own paths to success.

Since then, the Children’s Charity Trust Fund has raised over $150,000 towards scholarships, arts and culture, athletic programs, other charities, and a variety of programs and services that benefit local children.

This began in 2003 with the Children’s Charity Carnival, which coincided with Carteret’s annual Ethnic Day celebration. The event was held at Carteret Park, and drew tens of thousands of visitors from both in and beyond the Borough, raising close to $15,000, and providing a weekend of fun and culture for visitors of all ages.

That winter the CCTF introduced Carteret’s first Holiday Festival, allowing local families to converge on Carteret Park for a community-oriented Christmas celebration. This too has become an annual tradition, and each year transforms Carteret Park into a winter wonderland that truly captures the spirit of the holiday season for local kids.

Most recently, Mayor Reiman established the charity’s annual golf outing, which each spring brings together golf enthusiasts at one of New Jersey’s many fine country clubs. This has proven to be a very popular event, and typically raises $15,000 – $20,000 towards the CCTF.

With its history of caring, it is expected that the Trust Fund will have raised well over $200,000 for Carteret’s children by the end of this year. This is owed to the friends, residents, and business partners of the Borough who have shared Mayor Reiman’s commitment to Carteret’s “youngest residents,” and to their futures. 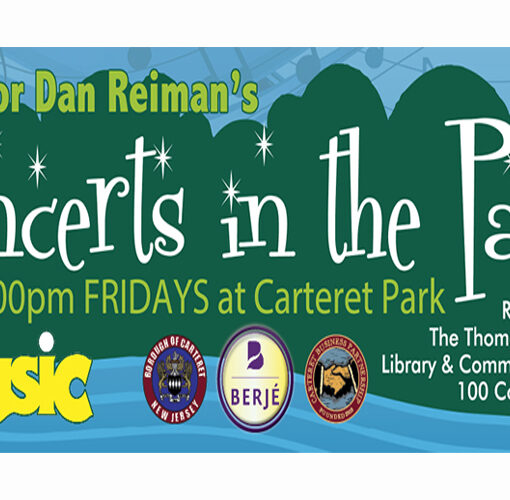