The Streets & Roads Department is responsible for the operation and maintenance of all 51.5 miles of borough roadways. This includes repairs, cleaning and snow removal.

If you have any questions or comments regarding your garbage removal please contact our department.

Carteret, NJ – Mayor Daniel J. Reiman today announced planned improvements to twenty-six local roads for the 2018 Calendar year. The improvements will include a combination of mill and overlay or full reconstruction as needed of the existing roadways; concrete curb and gutter removal and replacement where required; driveway apron, sidewalk, and handicap ramp reconstruction where required; and miscellaneous storm water drainage and sanitary sewer repairs including installation of bicycle sage grates, ‘ECO’ castings, and roof leader extensions in accordance with the New Jersey Department of Environmental Protection’s Stormwater Regulations. 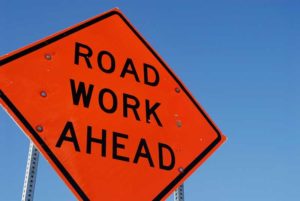 “We are constantly seeking to improve the Borough of Carteret’s roadways and infrastructure,” said Carteret Mayor Daniel J. Reiman. “As part of our ongoing efforts to have the best roads in the County, we have already improved 125 roads over the last decade and will improve 60 more over the next few years. These projects will be completed in an order that will allow motorists to navigate the Borough freely and safely. We are grateful to Gov. Murphy and Speaker Coughlin as nearly $1.4 million of funding is being provided by the NJ Department of Transportation Trust fund for municipal aid projects.“

In addition the borough has applied for a $6 million local freight infrastructure grant to fund reconstruction of the Peter J Sica Industrial Highway. This application is currently pending with the NJ Department of Transportation. To reach Carteret’s road department, please call (732) 541- 3881